The title of Volume IV of the General History of the Caribbean, the Long Nineteenth Century, indicates its range, from the last years of the eighteenth to the first two decades of the twentieth. The volume begins during the hegemony of the European nations and the social and economic dominance of the slave masters.

It ends with the hegemony of the United States of America and the economic dominance of American and European agricultural and mercantile corporations. The chapters provide thematic accounts of societies emerging from slavery at different times during the century and also of the circumstances that affected the extent to which these societies were autochthonous within their various territories. The book's survey of this span of 150 years begins with the Haitian Revolution and its repercussions both within the region and outside. It then examines in turn the variety of ways in which the emancipated, their ex-masters and the colonial powers related to each other in the economy, polity and society of various territories; the economy of sugar in decline; the hostility of local landed elites to the welfare of the emancipated, to the ways landless labourers adapted to survive, and to interregional migrations; the social and cultural transformations of new populations from Africa, India and China; the technical innovations in the sugar industry towards the end of the century that differentiate the interests of field owner from factory owner; the decline of white pre-eminence, yet their resistance to claims for autonomy and an end to colonial tutelage. ​ 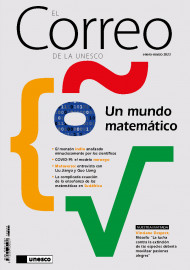